This Nissan Condor’s Wing Opening Truck Body Is Ideal For Quick Loading and Offloading: Access to the Load Bed from Both Sides!

Anybody who has worked in commercial transport, whether as a truck driver (like I was), or as a fleet manager, knows that the 5-ton truck is the backbone of much of the transport industry.

Five ton trucks are big and can carry a lot of stuff, but they are not too big. They don’t require a second axle to carry their max load, nor do they really need a two-speed rear (especially if they have a six speed transmission like our Condor here), so they can stay mechanically simple as far as drive line and transmission are concerned. Yet they are big enough that they can accommodate large capacity straight six diesel engines. If you are looking for a used wing opening truck to import from Japan, you can’t go wrong with a third generation (1993-2011) Condor like this unit that we exported from Japan to Myanmar.

Long Live the King! (And he will, too)

One of the best jobs I ever had when I was a young guy was driving heavy straight trucks. After I got my professional license (DZ class in Canada) my first truck was an ex-post office 5-ton Ford box van with a normally aspirated (non-turbo) V8 Diesel coupled to a five speed trans with single speed rear axle. Not a bad truck, but he’d seen better days and the engine was coming to the end of its service life. Then I drove a bunch of old single axle dump trucks for a building supply company. (We recently exported a nice, clean 2-ton Mitsubishi Canter dump, have a look here.)

Later I moved up to a 10-ton tandem axle van, and then the on to big dumps (Mack and International), and finally on to concrete mixers and the big hog tandem-tandem Macks. Heaven help you if you had to turn a tight corner in one of those monsters. 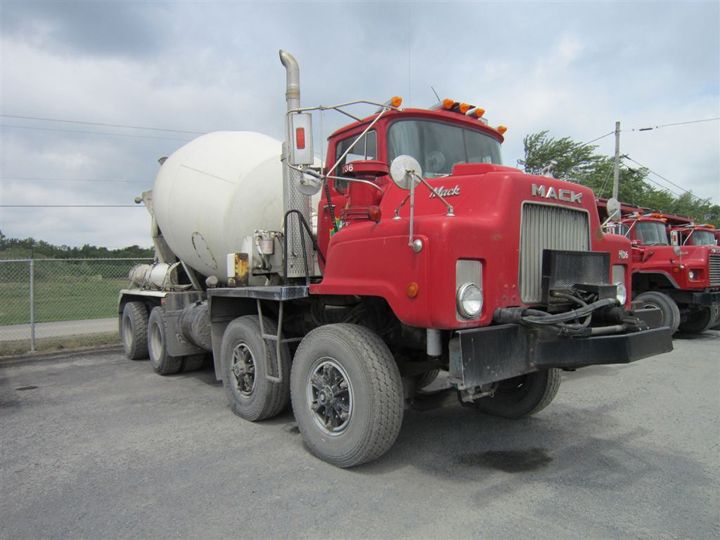 But I was proud as a peacock to be behind the wheel of those big guys.

In all of those really big trucks, as in our Condor here, the most common engine was the big straight six. 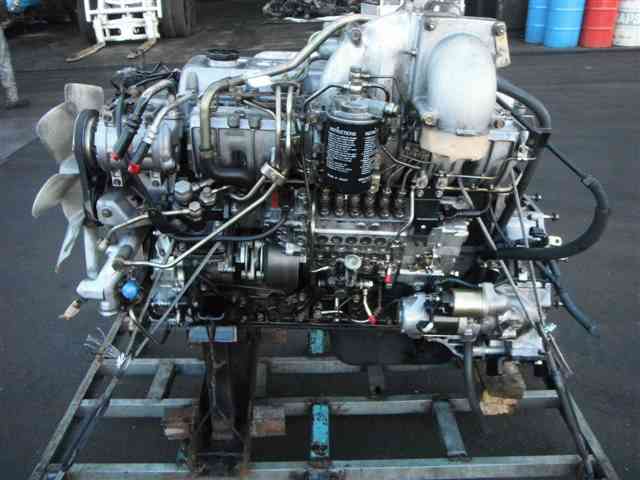 The V8 was not as common in big trucks as you might have expected. A bigger truck needs a bigger engine and so it needs more cylinders, right? No, not always right. When it comes to big over-the-road truck engines, the straight six is King. This is because a straight six engine configuration has nearly perfect primary and secondary balance. This good balance means that the main moving parts, the pistons, con-rods, crank and crank throws are not fighting against each other as they go spinning around and thrusting up and down inside the engine. This allows for the engine to be scaled up to quite large sizes while still having the smoothness that reduces wear and tear on all those expensive (and expensive to replace) internal components. So the internal parts aren’t pushing and pulling against each other; and the large capacity of the big straight six allows the engine to be a bit of a “lazy,” low stressed, unit. Bottom line: the engine lasts longer…a lot longer. Next up, the straight six is, compared to the V8, generally easier to work on when it comes time for repairs and service. This matters big time for commercial vehicles since it translates into fewer mechanic’s hours (and fewer mechanic’s braked knuckles).

(As an interesting aside, Mark Wan wrote and excellent technical paper for his AutoZine website in which he surveys the merits and demerits of the various engine configurations. I have linked to this article of his before and I recommend it again for guys who want a solid intro to the whole fascinating topic of engine configuration and balance. He updated the paper in 2017 and you’ll find it here. First rate work.)

So when you are looking for a used truck, if you go for a machine that has a big straight six engine (like this seven liter Condor that we are looking at here) you don’t have to worry too much about buying a high-mileage vehicle. He’s got 386,000 miles on him, and he is in no way reaching the end of his service life. He’s got many more miles left on him. Many more.

These technical points need to be kept in mind when you are shopping for a good used truck or other commercial vehicle from Japan. Low mileage is less important when it comes to bigger commercial vehicles than it is when you are thinking of buying a used private class vehicle like a car or light truck. Big commercial trucks are usually serviced regularly and properly by truck and coach mechanics who work to the service schedules. These machines are very well built (they have to be to do the heavy jobs they do) and are designed from the beginning to last for years and years and miles and miles (they have to be or no fleet manager would ever buy them). A good condition high mileage used truck will cost you a lot less than a near new unit, but it will still serve you long and well. (We provide a pre-auction inspection service that helps you to target only the good used trucks; you can find out more about that here.)

A further advantage of your classic 5-ton straight truck is the variety of bodies that the chassis can take: flat bed, pole side, short side, canvas box, and the aluminum van box that this Condor has. And with aluminum van body trucks you can have the standard rear-opening door or you can have the wing opening body (often called a “wing truck” and sometimes referred to as a “swing side”).

These wing opening bodies are super practical because, when it comes time for loading and off loading, you can get open access to both sides of the load bed at once. A forklift can place your pallets right where you want them: no need to use a pump truck to muscle the pallets around inside the load bay as you have to do with the more basic rear opening tailgate type of body.

Certainly a wing body is a bit more complex than a standard box body, but, as you see from the photos, it was not actually a big job to partially disassemble the body to prepare this Nissan Condor to drive onto the ship for transport from Japan. (Yep, our car carrier ships are big enough that you can drive a full size truck right on to them and straight to its designated parking space inside the boat. Amazing! But, of course, this helps to lower the cost of shipping your used truck direct from Japan. The dockside labor required in what we call “RORO” (roll on, roll off) used car shipping is much less than what it takes to load individual containers on ships. Lower shipping costs from Japan translate directly into lower overall costs for you when you decide to import a used vehicle from us here in Japan. For everything from mini cars to BIG trucks, doing a direct self import of a good, clean used vehicle from Japan is smart move. (For more detailed info on the export costs and on the whole process of buying a used truck from Japan, just click here.)

To find out more and get your used Japanese 5-ton truck moving now, register here.

Get the vehicles you want today at a price you can afford!!

Allows bidding on one vehicle up to 1 million yen.