Whether you are looking for left hand drive (LHD) or right hand drive (RHD) look in Japan and consider buying online direct from the Japanese car auctions. Here in Japan is where you will find good condition, low mileage and reasonably priced (these cars are never really “cheap” but here at least you can get them at a good price) used German sports cars, sports sedans, luxury sedans, even super cars. Before you go to the local used car dealers in Hamburg, Hannover, or Heidelberg, look in the Japanese car auctions and see what is available. Before you pay a pfennig to a private seller in Wiesbaden, Wuppertal, or Wolfsburg, contact a Japanese used car exporter (like us) to find out what it will cost you to import some nice German iron direct from Japan.

Buying a used Porsche 911 Carrera like this beauty here: 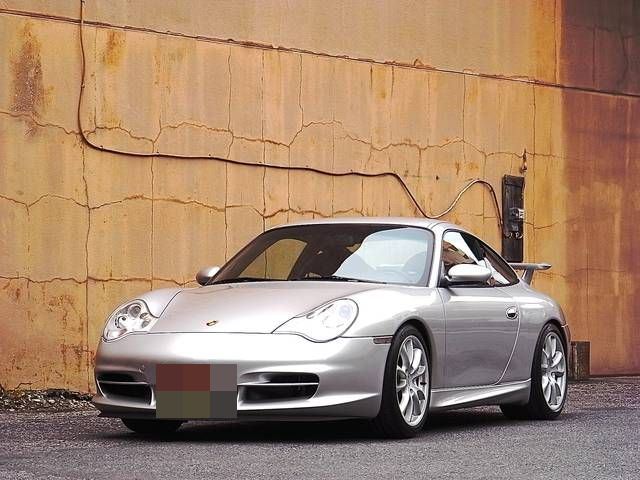 or its brother like this nice one shown here at a Japanese used car auction house: 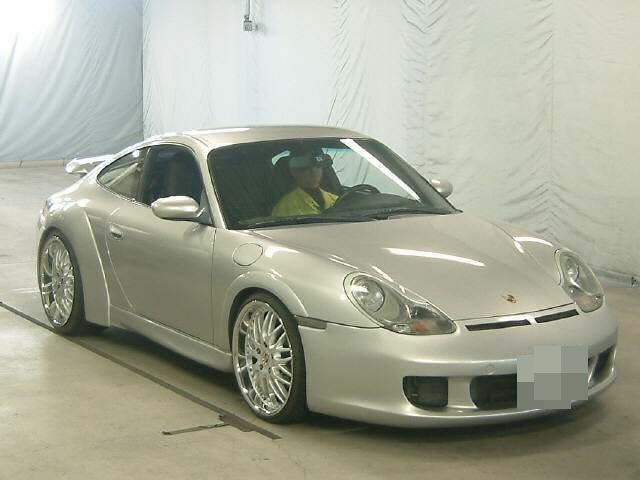 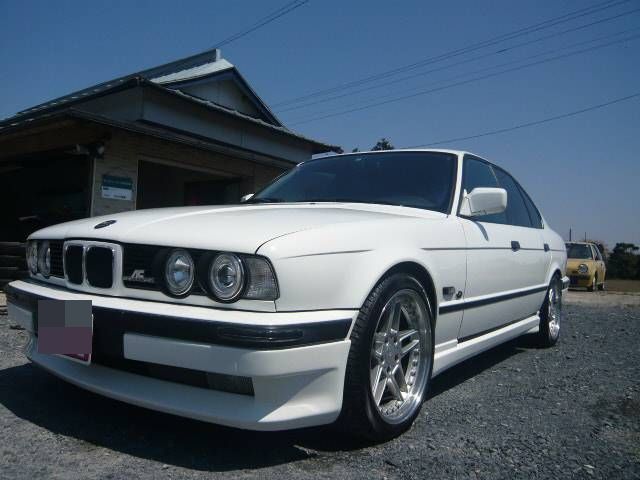 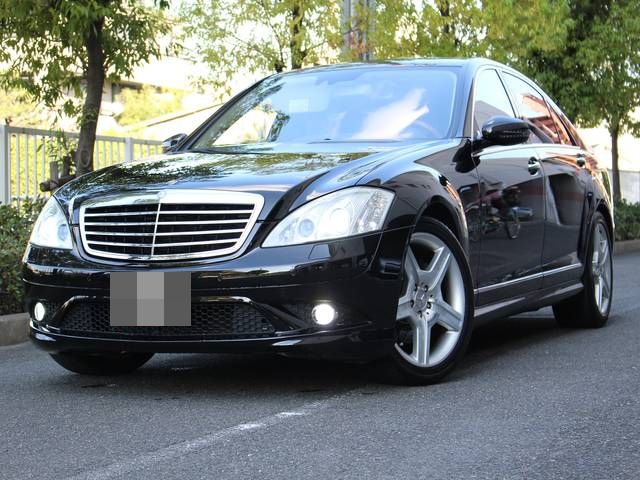 in Japan may seem a bit “counter-intuitive” but when you look at the Japanese used car market, you will see that it may very well be the best way for you to go.

Why is that? Surely the best used Benzs Porsches, BMWs, and Audis are to be found in Germany, in the land of their birth, no?

Yes, that is where your 911s, your SLKs, and your Alpinas come from, but I don’t think that that is where they get the best loving care from their owners. In Germany, in Europe, German cars are just cars; in Japan they are treasures, and their owners treat them as such. A 1996 Porsche 911 Turbo Carrera or a BMW M-3 or any German car, from mid-market to up-market, is likely to have been babied by its owner in Japan.

We find that there is a large selection of the top German dream machines here that:
1)  have low kilometers. (Driving in Japan is very expensive and heavily taxed and a fellow with a nice Porsche 911 does not commute to work in it, that’s for sure. That 911 is his weekend wundercar.
2)  are in excellent exterior and interior condition due to Japan’s mild climate and no salt on the roads in most places.
3)  have received the regular required maintenance and are not run on a budget by boy racers.
4)  have been garaged since new.

So, basically, the German up-market cars you get here don’t deteriorate or age as much as they do in most other countries, and they are not likely to be abused or neglected; they are bought and owned and driven by people who can afford to, and do, maintain them, care for them, and enjoy them.

And now — it’s November, 2014 as I write this — is an especially good time to buy and import a used mid-90s to early 2000s Porsche 911 or powerful Mercedes Benz or sporty BMW from Japan.

Why?
Let me tell you a couple of hard facts that are good for people outside Japan who want to buy a German car in Japan and ship it to their own country, to Poland, to Taiwan, to the U.K., to Canada and other destinations:

1)  In recent years the Japanese economy has not been doing very well. The government has been raising taxes and many people are hurting, the economy is hurting, so up-market items like great used German cars, Porsche, Benz, Audi, BMW are not finding so many buyers here. This is causing prices to become more reasonable. More good deals on these cars are possible at the moment. Hard but true for us here in Japan, but it’s a benefit for overseas fans of the best of the German motoring industry.

2)  guys in Japan are a bit different from what they were when I came here 20 years ago. Back then, having a great car was it, and sports cars, super cars and luxury cars like a Porsche 911 or 928, or a BMW 5-Series, 6-Series, or Alpina, or one of the big engined Mercedes Benz sedans were objects of desire for guys in their 30s, 40s, and 50s who were in a financial position to fulfill such dreams in a high wage / low tax economy. But so many guys here now seem to have become, how shall I say?….pedestrianized. They are content with a convenient, conventional, economical minivan, or with no car at all. A fire-breathing Porsche Turbo Carrera, a V-12 Benz, or a 5-litre BMW does nothing for them (and, to be fair, they can’t afford it anyway).

So the guy who bought his dream 911 or Alpina ten, fifteen, or twenty years ago and now wants to sell his German treasure onto someone else who will love it, enjoy it, and be thrilled by it struggles to find a buyer in Japan. Again, this makes selling prices reasonable. Hard, but true. But it’s a benefit for you if are a man looking for a good used Porsche 911 Turbo.

When I started in this business of helping people who want to buy used Japanese cars online from Japanese car auctions, I thought that my customers would mostly be looking for bargains in the modest and mid-market car range, but I’ve been surprised by how many Porsches, BMWs, and Mercedes we export to Poland, the U.K., Canada, Taiwan and other places.

And it makes me happy to see these motoring treasures finding eager buyers overseas who will continue to cherish and enjoy them.

If you are a fan of the best in German motor engineering and would like a great German car at a great price, just Contact Us and we will help you find your Porsche 911, your BMW, your own Mercedes Benz.

(UPDATE May 2020) Since we first put up this page on good used German luxury cars available from Japan, the market for these vehicles, and for what we ourselves refer to generally as “European JDM” (European cars that were sold new in Japan and in some cases may have specs that are specific to the Japanese car market), has had its up and down times; but it’s been pretty steady on the up and we’ve been sourcing good units not only at the used car dealers here that specialize in German super iron, but also at the Japanese used car auctions. In keeping with how the Japanese owners of German and European supercars and luxury cars treat their machines (very well, that is, we’re happy to say) these used cars that we are buying in Japan for customers especially in the EU, the USA (for whom it is easy to import a used car it it’s 25 years old or older), Canada, Australia, and the UK are good value, indeed.

Both left hand drive (LHD) and right hand drive (RHD) models of European cars are well represented in the Japanese used car market, so, if an RHD model was made, it will usually come up here. Japan is a right hand drive country, but that does not at all stop car fans buying left hand drive European models. In fact, some folks here prefer the European side (LHD) steering wheel. Those cars have kind of a more “poshy” image in Japan. Other people prefer the LHD vehicle if they regularly have to drive on some of the very narrow roads that we have here. (A lady of my acquaintance kept her LHD Saab 900 for over twenty years party because of that. She kept that car is such good shape, it really was like new. Two months ago a car scout approached her and bought the vehicle for shipment to Europe. I kicked myself that he got the car before we did!)

A couple of developments that we have seen in recent years in the high end European JDM market here have been, one: an increasing number of the flat out classic mid-engine supercars, like your Lamborghinis and Ferraris, coming up at the used car auctions and going for reasonable prices and, two: a “maturing of taste” in that the popularity of very high-end luxury performance machinery, your AMGs and top Mercedes-Benz models, your beautiful Maseratis, your unique Porsche 911s (air-cooled classics and the newer liquid-cooled machines), the bigger BMW sedans, and the supercharged Jaguars has grown. Have a peak here at our Exported Vehicles section to get some idea of what we are finding in, and shipping from, Japan. And don’t miss having a look in on our Japan Car Direct blog where we tell you about some of these truly wonderful European cars that it has become our privilege to deal with. Recent blog posts for people looking to do a self import from Japan of one of these European cars, or who just want to share the joy with us and maybe learn a thing or two, are:

We hope that fans of these European dream cars, and guys looking seriously at importing one direct from Japan themselves, will join us on our blog. See you there.

To join us at our all Japan used car auction search facility, just click here to access our Online Auction.