What is it about the Porsche 911? Why is it the ultimate dream car for so many people? Certainly it is the top end German sports car. And certainly it’s a blast to drive. But there is more to it than that. There is a magic. A magic like you see in so clearly in the lines and proportions of the early Carreras like this one: 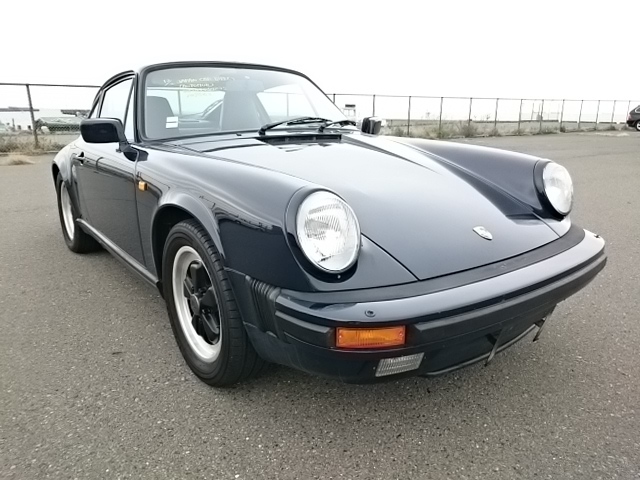 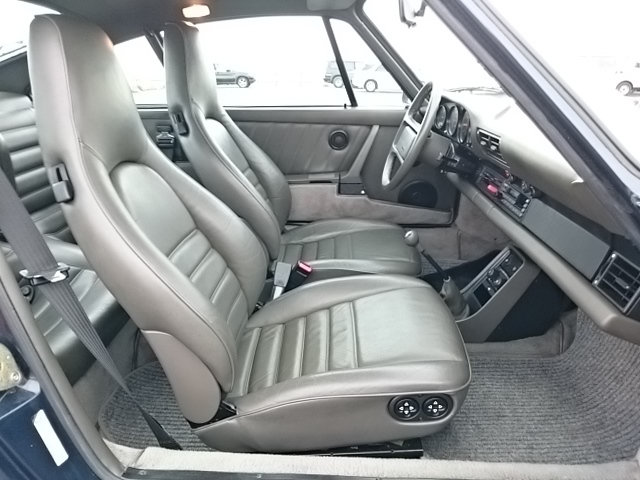 And when you buy a used Porsche 911 you benefit from and eternal truth of car buying: You get the car, but the other guy who bought the car new pays the depreciation.

And why buy your used Porsche 911 Carrera or other great German sports car specifically from Japan?

It’s the dream factor: Many Japanese are dream believers and dream achievers and dream carers: They achieve their dream and then cherish it. The used 911s and other European dream cars I see for sale here in Japan are most often in excellent shape, have been regularly maintained and often have low mileage; truly quality used vehicles. 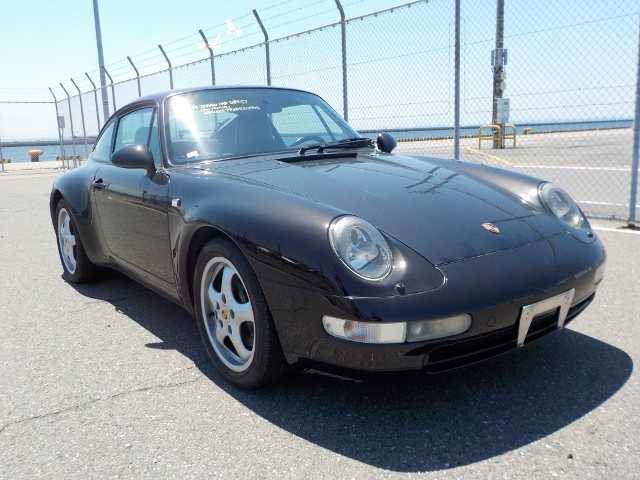 Your typical Japanese Porsche 911 owner is smart and car-savvy. He does not run his dream machine on a budget and he doesn’t drive it too hard. It represents an achievement for him and so he will cherish and enjoy it; exactly what the 911 was built for.

This is why it makes sense to buy a used Porsche 911 from Japan. But there are other very good reasons as well.

20, 15, or even 10 years ago, when so many of the Porsches now in Japan were first brought here, Japan had a much stronger economy, and successful working people, middle and upper middle class, could aspire to something special like a Porsche 911. But that is not the case today since, with the decline of the Japanese economy, achieving economic dreams is much less possible now than it was years ago.

But this is an opportunity for foreign buyers looking for a good used Porsche. You see, the guy who bought his Porsche 911 15 or 20 years ago when he was 45 or 50 years old (and has been enjoying it ever since), is now getting a bit more senior and is looking for a less demanding car. (As everyone knows, the high power, rear-engined 911 is not for your average driver; only skilled drivers need apply. You need more than just money to get the best out of this iconic super sports car.)

And the now super classic air-cooled 911s are particularly good buys in Japan these days. There are guys who will always say that the true 911 is the one with the air-cooled unit 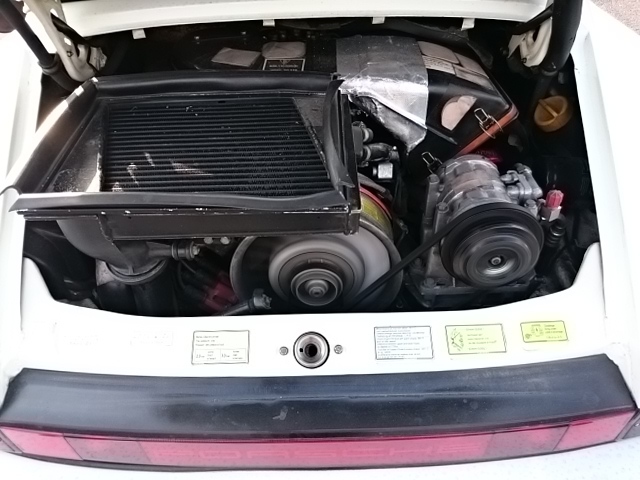 that was in production till 1998. We don’t say they are wrong. Nope. They are noisy beasts, but what a fantastic and unique half roar half growl they give when you open them up at the lights: You not only leave all the other cars behind, but everybody hears you do it; they turn their heads and see you do it: you do it in a 911, you do it with that distinctive 911 sound, and you cheek off the whole world. That’s the classic air-cooled Porsche. Yes, these cars are going for reasonable prices right now in Japan.

And it’s not just the earlier air-cooled 911s which are going for reasonable prices now. Recently, for 911 fans, drivers, and collectors, we’ve been sourcing the later 911s, (the Porsche 964 body type, to use Porsche’s own in-house designation) both in the thundering turbo Ferrari-killer guise and in the more “mild” (Ha!) normally aspirated versions. Good units are coming up now at the Japanese car auctions and at the better dealers. 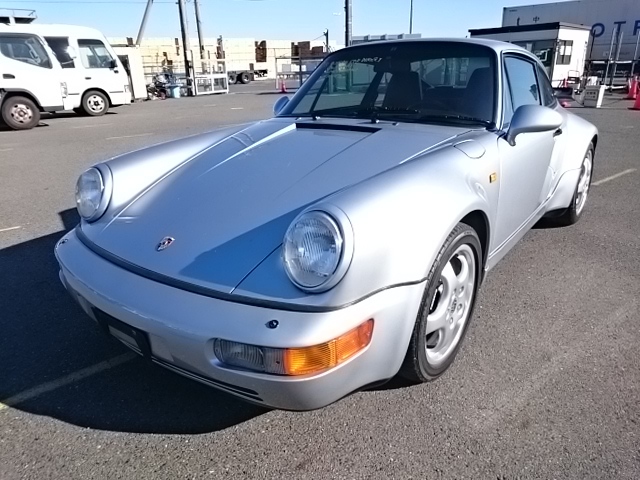 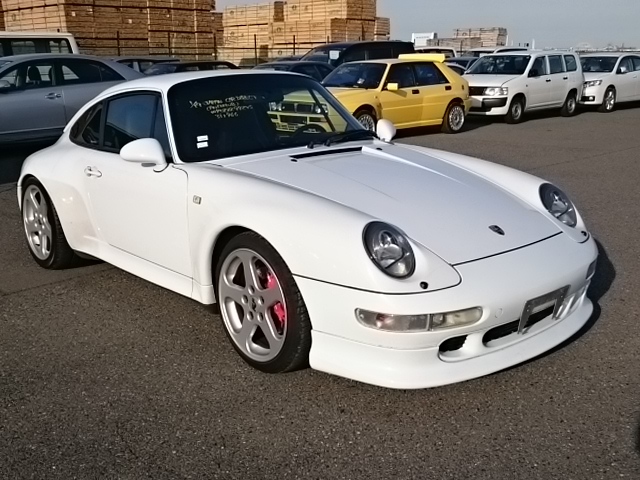 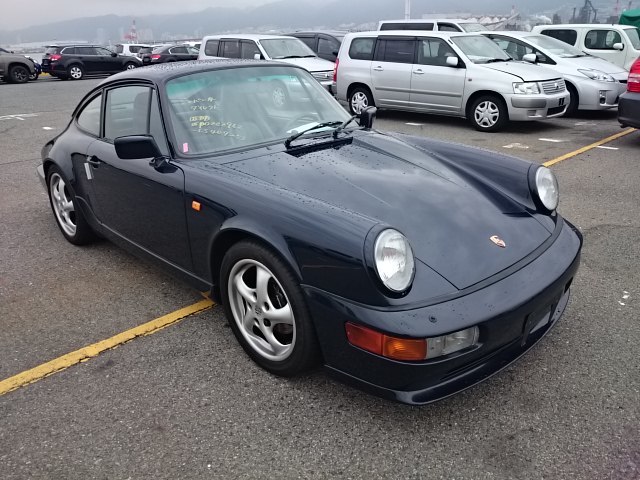 Indeed, we are finding many good European luxury cars and sports cars coming on the market here in Japan these days. In fact, it’s a bit of a buyer’s market at the moment for these high grade German machines and for the other top end European iron, too.

So there are some really happy, satisfied Porsche owners here in Japan now looking for a new good home for the dream cars that they themselves have enjoyed so much, and they are happy to sell to foreign buyers since younger Japanese people can no longer realistically aspire to something as great as a Porsche 911; and it seems to me that, these days, people in Europe and Canada and the US have more appreciation of what a Porsche 911 really is.

And now (December, 2014) is an especially good time to buy from the Japanese car auctions and dealers and to import a Porsche 911 direct from Japan because exchange rates are very favorable. The Japanese Yen has lost over 30% of its value against major currencies in the last 18 months, and this makes importing a used Porsche 911 from Japan an even more attractive proposition. By buying a good used 911 from Japan you get not only a quality unit in good condition and with low kilometers, but now, with the very good exchange rates, you can get your Porsche at a good price, too.

If you want to buy a 911, or indeed any of the great iconic German dream cars, from Japan, now is definitely a very good time, a very good chance.